Creating an asset together with a texture is a clearly described, multi-staged process. It can differ depending on pipeline, technology and project’s targets. Despite these differences, pipeline usually looks as follows: 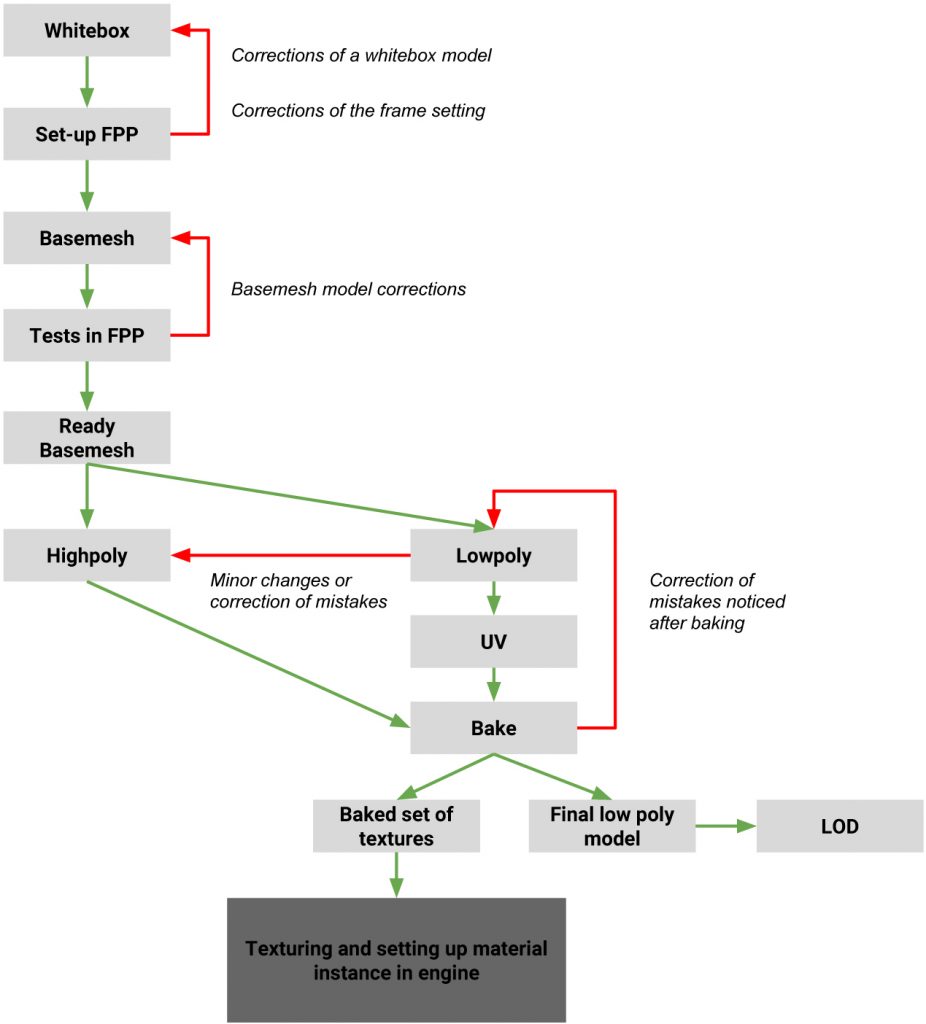 While making corrections one needs to go few stages back. In the worst case if we spot an error (e.g. some element is missing) already after texturing, we will have to leave everything behind and come back to the very beginning. This production drawback concerns also cooperation with people responsible for choosing kinds of weapon for a game. Should we fail to receive full information, or they change their vision of a model, we will have to start all over.

A good approach is to think at least one stage ahead. It is also not advisable to decide to whitewash some problems that have already appeared in the stage we are working on in the subsequent one. To gain 100% of quality, each stage needs to be performed on 100% too.

A graphic needs to be aware of the fact that weapon in FPP kind of games is more important that the characters’ faces. After all it is the weapon that we see majority of the time. The aim is not only to get a correct model, but also to make it interesting, pleasing and to give it the necessary features – to bring it to perfection, as close as possible. Each weapon should become a piece of art.